I’ve made a lot of new friends and come into contact with lots of new people lately, both in the real world and social media. NecronomiCon Providence (see last several blog posts) is probably the main reason, and the “friend of a friend” networking effect, following on from that event.

If you’re interested in getting more familiar with my work, I have some suggestions.

My story “Diamond Dust” appeared in the wonderful Thomas Ligotti tribute anthology, The Grimscribe’s Puppets, edited by Joseph S. Pulver Sr. and published by Miskatonic River Press. You can find that book in several formats HERE.

“Arches and Pillars” was published in the latest issue of Black Static, a very fine magazine of horror fiction published in the UK. You can subscribe or purchase individual copies directly from the publisher TTA Press, or you can quickly grab the Kindle version HERE.

You can also find my story “The Lure of Devouring Light” free to read online at Apex Magazine. I’m in Issue 47, April 2013.

Another of my stories that’s free to read online is “Nectar of Strange Lips,” published in Lovecraft eZine Issue 23, April 2013.

I’ve published other stories around, but these are the ones that seem to have received the most attention. Here are some cool book and magazine covers to entice you. 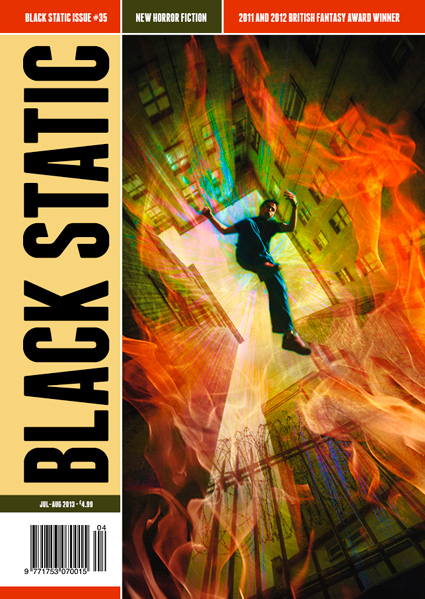 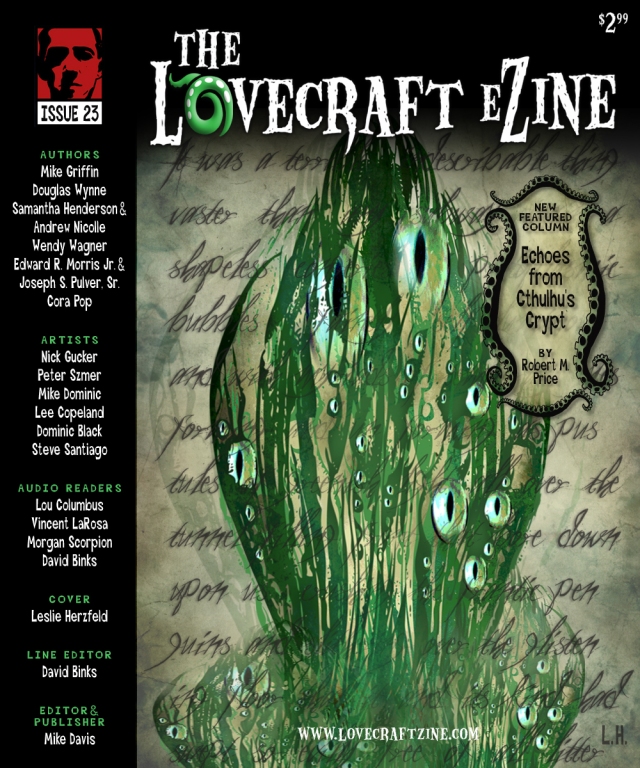 I really need to set up one of those Google Stalker services. You know, the robot brain that crawls the internet looking for mentions of one’s name or works. I almost missed this informal review of my story “Arches and Pillars.”

It appeared on the forums of TTA Press, publishers of Black Static magazine, as well as Interzone, and their crime-focused effort Crimewave.

The forums are open to the public, and the post is under the reviewer’s actual name Andrew Hook. My thanks to Andrew for the kind words!

Weightless Books, one of my favorite sources for electronic books and magazines (including subscriptions), now offers Black Static and Interzone from TTA Press. This is significant because “hard copy” subscriptions to these UK periodicals are expensive for readers in the USA and Canada.

Now Black Static #35 is available all over the place, and it’s time for all the world to buy it. Your options are as follows:

Order an electronic version of issue #35 from smashwords.com for $4.99.

Look at this thing. Come on… you want it!

I mentioned a few weeks ago that Black Static issue 35, containing my story “Arches and Pillars,” would appear imminently.

Since then I’ve seen a number of people, mostly located nearer the UK headquarters of TTA Press (which publishes not only Black Static but the science fiction focused InterZone and crime-focused Crimewave magazines) have received their copies. It didn’t seem quite like a real thing until my own contributor’s copy arrived. 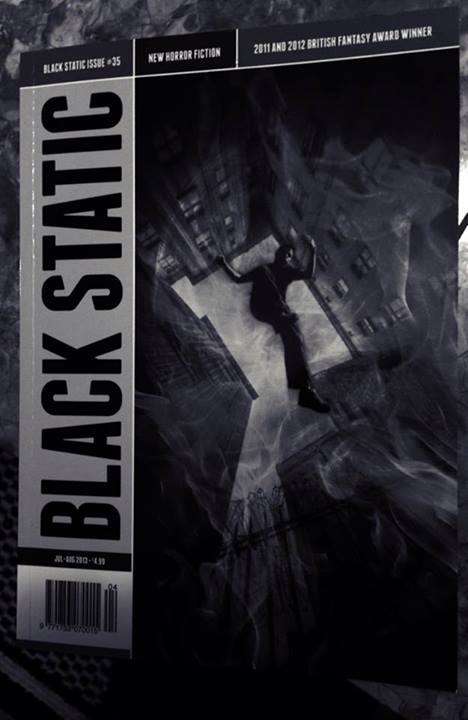 If you haven’t seen Black Static before, you might consider picking it up.

My story is “Arches and Pillars,” and it appears along with work by Steve Rasnic Tem, Daniel Mills and others. I mean to read all of these and write at least a brief report. My thanks to editor Andy Cox for picking up my story.